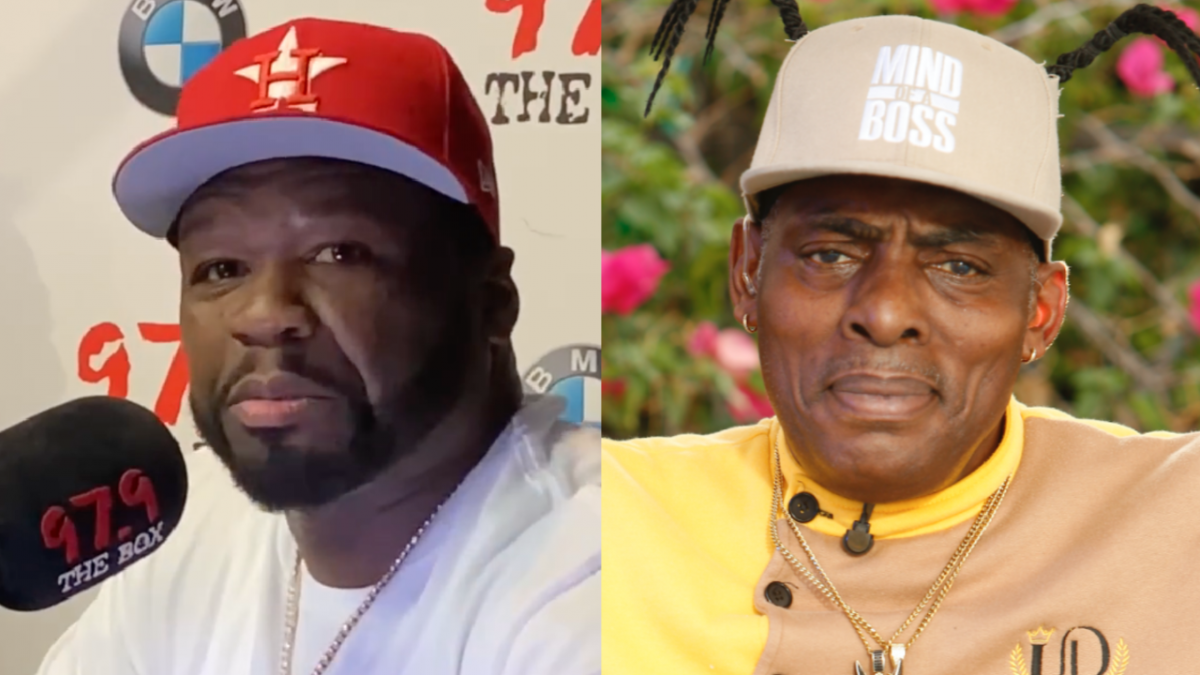 50 recently linked up with the 'Gangsta's Paradise' rapper in Europe.

50 Cent has shared a video of Coolio saluting him for fighting three guys following the West Coast rapper’s death earlier this week.

The New York rapper recently had the chance to link up with the “Gangsta’s Paradise” hitmaker while touring in Europe. Taking to Instagram on Thursday (September 29), 50 posted backstage footage alongside Coolio, who recalled a time 50 took matters into his own hands outside a club.

“One time I pulled up at this club, you was walking out, and it was three n-ggas outside talking shit,” Coolio tells 50 Cent in the clip. “It was three n-ggas talking shit and security weren’t gonna do nothing and you said, ‘I got this.’ You did your little smile and said, ‘What you say?’ BAM! The n-gga slid like seven feet and he was on the ground.

“One of them tried to run and you grabbed him by the hoodie and BAM! Threw him down. The other one tried to run. Boom, you swept that n-gga. Ah man, that shit was funny as a muthafucka. I was in the car, I was in the limo. I said, ‘Fif, you a cold n-gga!’ You said, ‘What’s up, legend.’ That shit was fire. I’ll never forget that shit.”

Fellow G-Unit rapper Tony Yayo also shared a video with Coolio from the same night while Pooh Shiesty and Lil Durk‘s “Back in Blood” played in the background.

“Rip to @coolio a Grammy award winner and legend in this Hip Hop game,” he wrote in his Instagram caption. “Gave him his flowers in Europe glad I had a chance to meet him.”