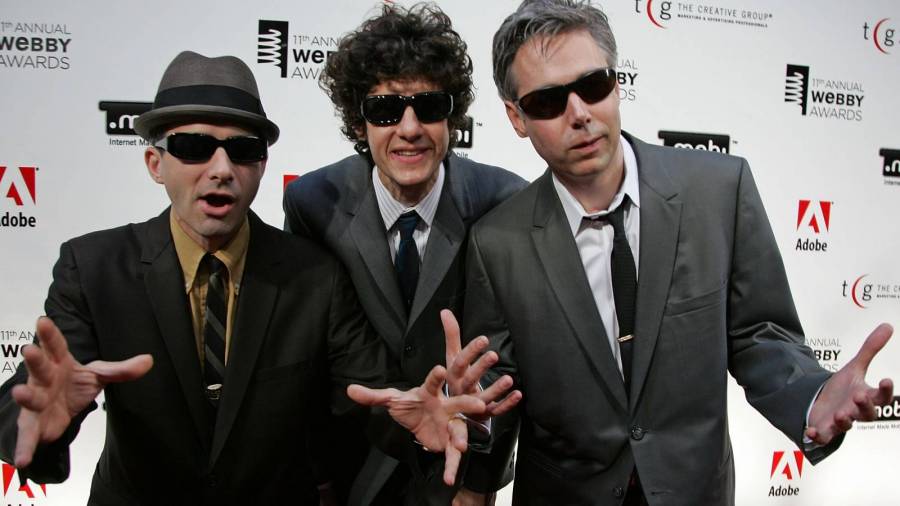 The 1994 hit 'Sabotage' popped up in a campaign ad during Sunday's (October 18) Pittsburgh Steelers vs. Cleveland Browns NFL game.

The surviving members of the Beastie Boys — Adam “Ad-Rock” Horovitz and Michael “Mike D” Diamond — made an historic move on Sunday (October 18) when they allowed 1994’s Ill Communication single “Sabotage” to be used in a Joe Biden campaign ad that focuses on the COVID-19 pandemic’s affects on the live music industry.

The trio famously refused to license their music to be used in commercials in an effort to stick to their punk rock ethos. In fact, it was the dying wish of the late Adam “MCA” Yauch whose $6.4 million trust, assumed by his wife in 2012, explicitly forbade any use of the Beastie Boys’ music in any advertisement..centered-ad {

While the Beastie Boys have sued Monster Energy and GoldieBox for unauthorized use of their music, they did allow “Sabotage” to be repurposed for Star Trek and the video game Destiny 2 trailers.

The ad in question, which aired during the Pittsburg Steelers versus Cleveland Browns NFL game, features Ann Arbor, Michigan bar co-owner Joe Malcoun who runs the Blind Pig establishment. In the spot, he blames the bar’s shutdown on Donald Trump’s response to COVID-19 as “Sabotage” starts to play in the background.

“This is the reality of Trump’s COVID response,” he says in the clip. “We don’t know how much longer we can survive without any revenue. A lot of restaurants and bar