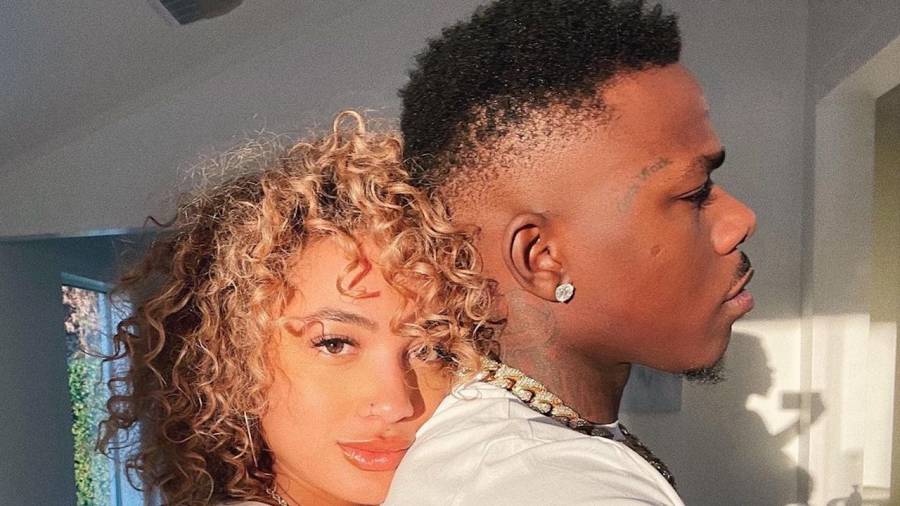 DaBaby's daughter's mother MeMe is laughing at the chaos.

DaniLeigh is trending all over social media right now for her latest musical output – but it’s probably not the feedback she expected.

The Dominican-bred songstress woke up on Thursday (January 21) and chose chaos, posting a snippet of her new song “Yellow Bone” where she brags about her man wanting a light-skinned woman. Not only was this seen as a direct shot at the skin tone of DaBaby’s daughter’s mother MeMe, but her liberal use of “yellow bone” – a phrase that describes a light-skinned Black woman – did not bode well with, well, anyone. (Except for DaBaby, who commented with yellow emojis.)

Within seconds, comments started pouring in, letting Dani know that the song was NOT the move. Before deleting her video, she attempted to defend her stance and argued that she was simply making an anthem for light-skinned women to love.

“Why I can’t make a song for my light skin baddies??” she questioned in an Instagram comment. “Why y’all think I’m hating on other colors when there are millions of songs speaking on all types.. why y’all so sensitive & take it personal .. gahhhh damn.”

The backlash continued, however, and after removing the post from her TikTok, her Instagram and her Twitter, she doubled down on her “haters” in a series of tweets.

“Congratulations y’all gotta another thing to say about me when u hate,” she wrote with a thumbs up emoji. “it’s all good .. only God can ‘cancel’ me… tha