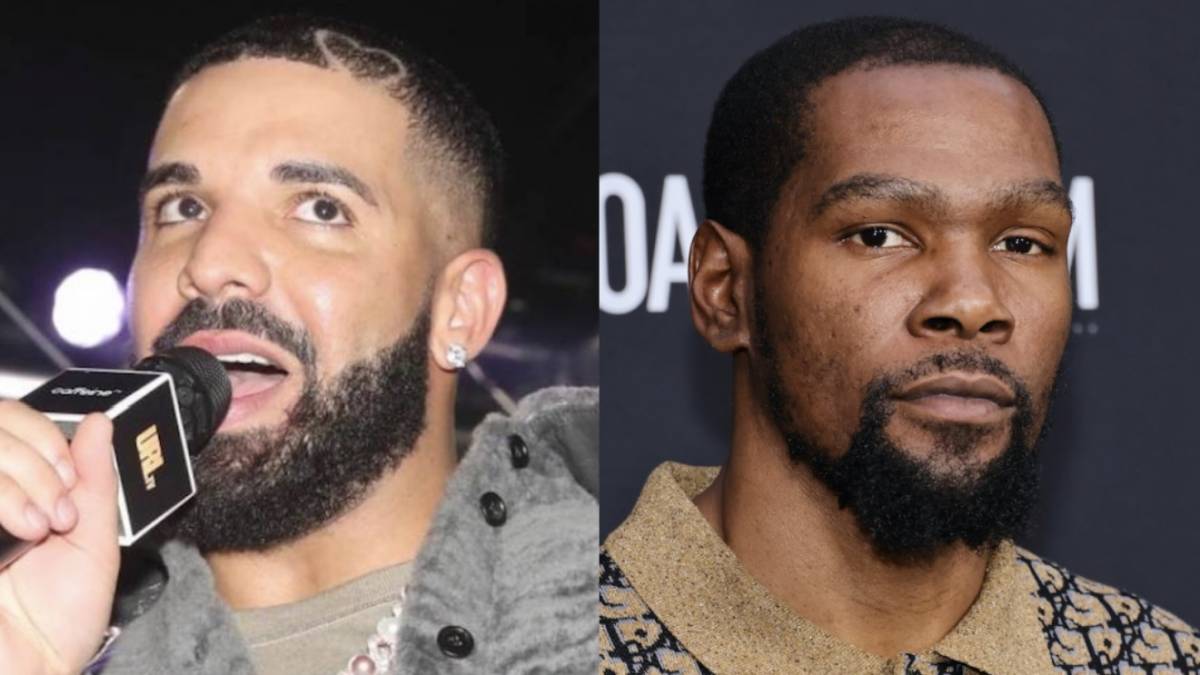 Although the NBA star isn't credited as an executive producer on any of Drizzy's albums.

Drake has a strong relationship with Brooklyn Nets All-Star forward Kevin Durant, and that bond was on full display on the basketball player’s 34th birthday.

On Thursday (September 29), Drizzy took to his Instagram Stories to wish KD a very special happy birthday with a post showing the 6’10 forward’s old Myspace page. In his caption, the 6 God called Durant his executive producer.

“More life to my exec producer @easymoneysniper,” Drake wrote in his Instagram Story.

The two have a friendship that goes as far back as Drake dropping KD’s name on “Weston Road Flows” off his 2016 album Views.

“A lot of people just hit me up when my name is mentioned/ Shout out to KD we relate we get the same attention/ It’s rainin’ money, Oklahoma City Thunder/ The most successful rapper 35 and under,” Drake raps on the song.

Durant spoke to The Oklahoman right after hearing the song and revealed he was elated to hear his name on a Drake record. He also noted that Drake was his favorite rapper.

“It kinda surprised me,” the Roc Nation Sports athlete said. “When your favorite rapper puts your name in a song, it makes you feel like you made it no matter what you’ve done. So yeah it was pretty cool.”

The two became closer once Kevin Durant joined the Golden State Warriors in 2016, and fans would see them bickering with each other whenever Drake’s hometown Toronto Raptors played Dub Nation. The friendship reached new levels when Drake had KD starred in the music v