Eminem's '911' Lyrics Said To Reflect Crips' Attempt At Extorting Him 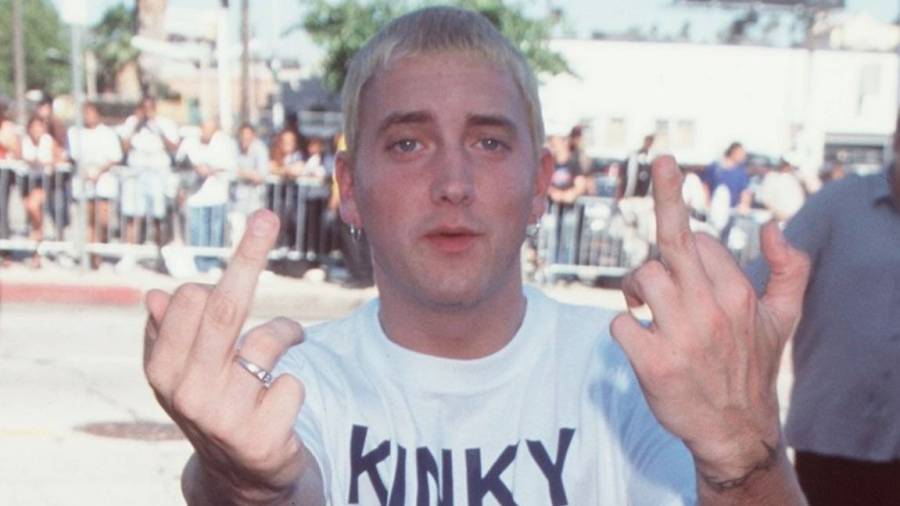 Boo-Ya T.R.I.B.E. got Slim Shady on the song after moonlighting as his security team.

Eminem was recruited as a guest vocalist for Boo-Yaa T.R.I.B.E.’s song “911” alongside Cypress Hill’s B-Real in 2003. But according to The Regime rapper Monsta Gunjah — who’s also the nephew of the legendary Samoan rap group — there’s more to the story.

While speaking to Australia’s Fresh 92.7, Monsta G confirmed his uncles also moonlighted as Slim Shady’s security back in the day. He then revealed Eminem was once being extorted by the Crips in Los Angeles, which is reflected in the “911” lyrics..centered-ad {

“I do know a few phone calls were made and then that’s how the feature came about ’cause they were like, ‘Anything in return, what do you want?’ They’re like, ‘I want a feature from Em, you know what I’m saying?’ If you hear what he says, he’s like, ’40, 50 Samoans,’ he throws the lyrics out.”