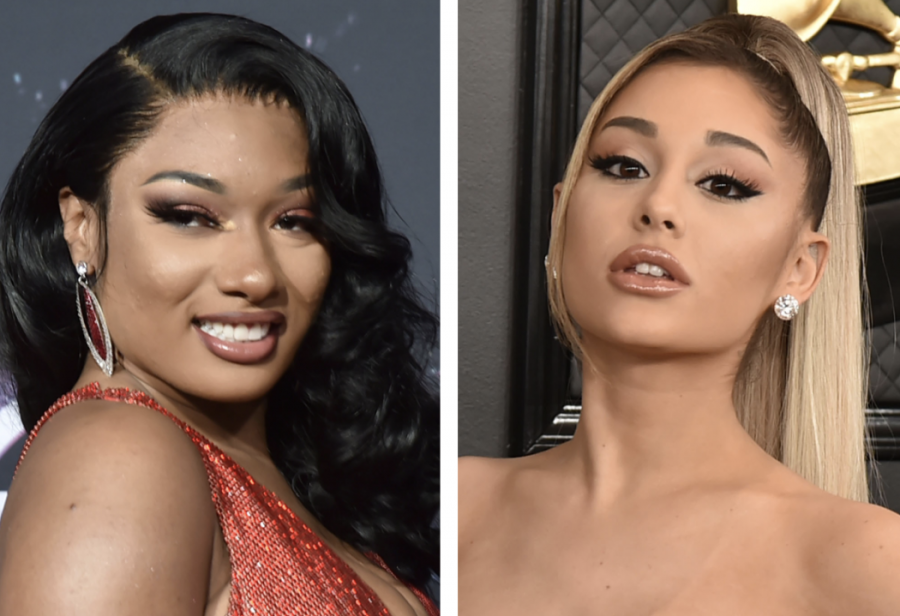 The worlds of pop and Hip Hop could be colliding once again to smash the charts.

The worlds of Hip Hop and pop might be colliding once again very soon. Ariana Grande has her sights set on another chart smash with the pop star teasing a remix to her surging “34+35,” which landed on her 2020 Positions album and may feature an assist from Megan Thee Stallion.

The Houston Hottie fueled collaboration rumors when commenting a series of eye emojis under Ari’s remix post, sending fans into a frenzy about the possibility of Meg lending a verse to the provocative track. “34+35” also earned the biggest radio airplay gain for the week and rose to No. 13 on the Hot 100’s latest chart..centered-ad {

The upcoming remix looks to feature a pair of women, so the girl-power anthem could be Megan and another female artist as mystery guests joining Ari, which is rumored to be Doja Cat. Co-producer of the track and frequent Grande collaborator TBHits raised hype around the remix writing, “I’m gonna pass out at this point.”

Meg was no stranger to chart success in 2020. She earned her first No. 1 on the Hot 100 when Beyonce blessed the “Savage Remix” in May before joining Cardi B for the raunchy “WAP,” which spent four weeks at No. 1. A “34+35” appearance alongside Grande would ea