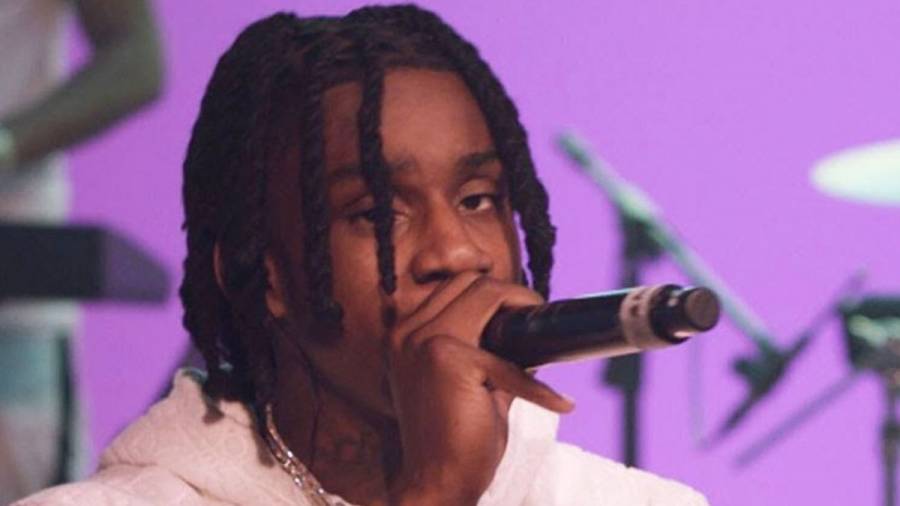 The single comes from the Columbia Records artist's gold-selling album 'The GOAT,' which dropped in May.

Los Angeles, CA – Polo G made his network television debut by performing his single “Martin & Gina” on The Tonight Show Starring Jimmy Fallon on Monday night (September 21). The Columbia Records artist wasn’t able to enjoy the full late-night TV experience due to the COVID-19 pandemic since his set was done remotely from Los Angeles instead of the Rockefeller Center in New York.

The multi-platinum selling rapper performed a rendition of “Martin & Gina” with the help of a backing band. Although it didn’t sound much different from his studio version of the song, it gave his most avid fans a new way to enjoy the track..centered-ad {

“Martin & Gina” appears on Polo’s sophomore album The GOAT, which dropped in May and peaked at No. 2 on the Billboard 200. The LP was certified gold by the Recording Industry Association of America in July.

Polo’s first studio album Die A Legend was certified platinum in August. The project joined his breakthrough single “Pop Out,” his viral hit “Go Stupid” and his 2019 cut “Finer Things” among his platinum plaques.