Quavo Reveals Raekwon Blessed ‘Only Built For Infinity Links’: ‘We Respect The OGs’ 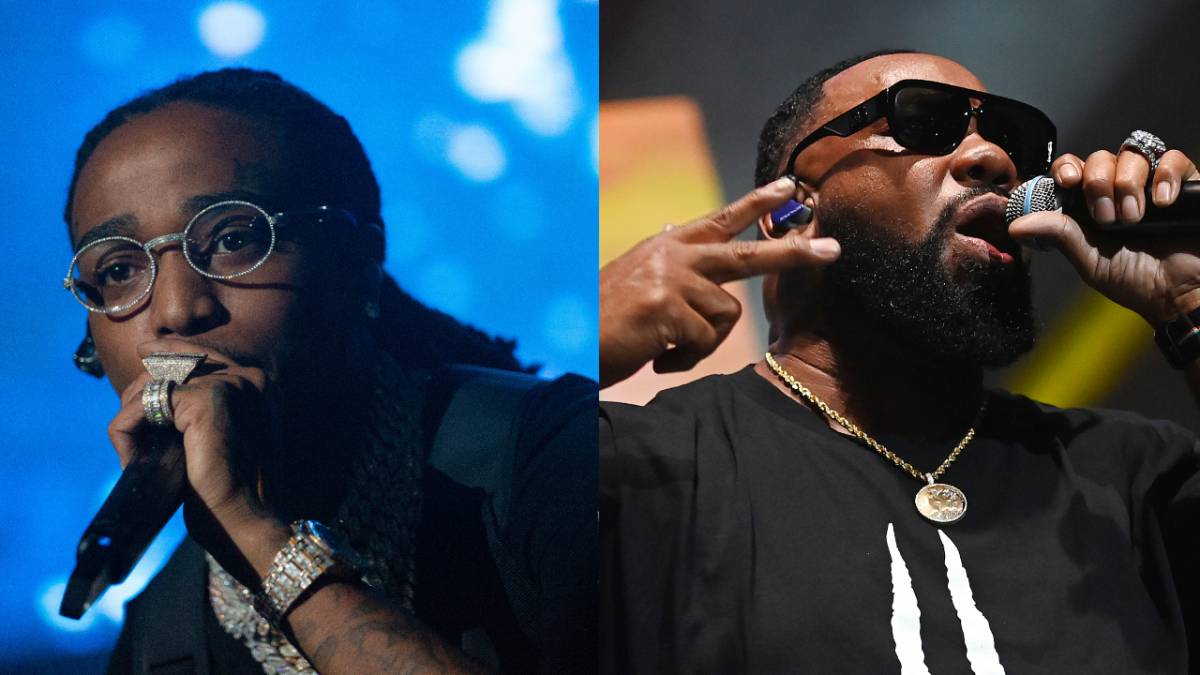 The Unc & Phew duo drop their new album next month.

Quavo has revealed that Raekwon gave his blessing to the Atlanta rapper’s forthcoming project with Takeoff, which is titled Only Built For Infinity Links.

After debuting the song “Hotel Lobby” under their new moniker Unc & Phew back in May, Quavo and Takeoff announced in September that their new album would drop on October 7.

The project’s title is a clear nod to Raekwon and Ghostface Killah‘s 1995 rap classic Only Built 4 Cuban Linx, and Huncho told TMZ the New York legend signed off on the title.

“We most definitely hollered at Raekwon,” Quavo told the outlet while descending the escalator at Los Angeles International Airport. “It was all love. We gave him respect. We told him it would be an honor, and we’re dropping this album called Only Built For Infinity Links, and it’s inspired by y’all.”

He continued: “So we just wanted to let you know we respect the OG’s and we most definitely love Wu-Tang, got respect for Wu-Tang, but right now this is what it’s about.”

He also said the project will be “the greatest album of all time.”

Takeoff and Quavo revealed the project’s tracklist on September 8. Clocking in at 21 songs, Only Built For Infinity Links will be a star-studded affair, with features from the currently incarcerated Young Thug and Gunna, as well as NBA YoungBoy, Gucci Mane, Birdman, Mustard and Summer Walker.

“Hotel Lobby” – which has already gone gold and was accompanied by a Fear and Loathing in Las Vegas-inspired video over the summer – is included on the tracklist, as well as the Birdman-assisted “Big Stunna.”