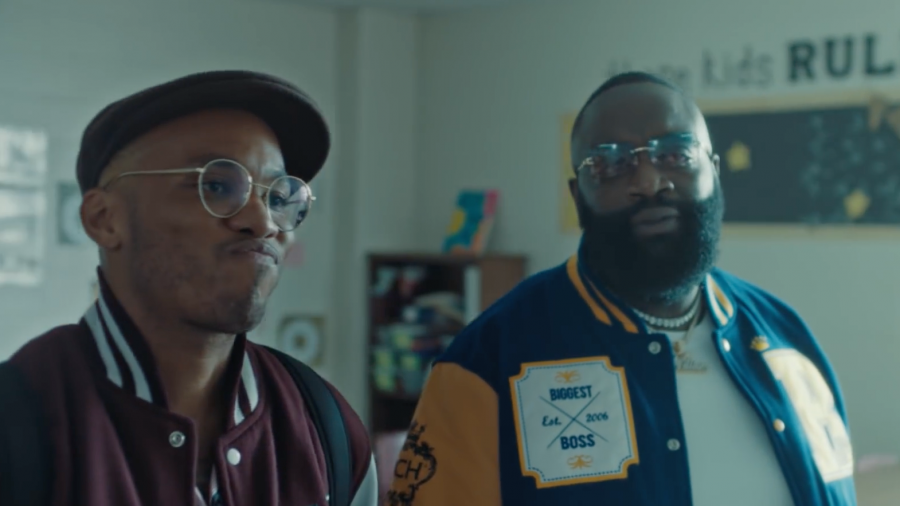 Powder Springs, Georgia – Anderson .Paak is taking things back to high school with his new music video. On Wednesday (September 23), the Aftermath artist shared a film for his latest single “Cut Em In,” which stars Rick Ross as his best buddy causing trouble around the school grounds.

In the visual, .Paak and Ross are slacking students in their respective 12th and ninth years of 12th grade. The clip opens with .Paak throwing a football at his teacher, who threatens to sue whoever threw it at him. Despite being told to be on their best behavior, the pair spend their last day of term up to no good, between playing music through the school’s loudspeaker and throwing cash around the cafeteria..centered-ad {

“Sometimes you need a friend/Not the ones that just show up and don’t put nothin’ in/You know the ones that lend a hand and wanna see you win/When you come up on a lick, make sure you cut ’em in,” .Paak raps in the first verse.

Set at Hill Grove High School in Powder Springs, Georgia, the visual was self-directed by .Paak in just the second video he’s ever directed. Actor and internet personality King Bach stars as the teacher.