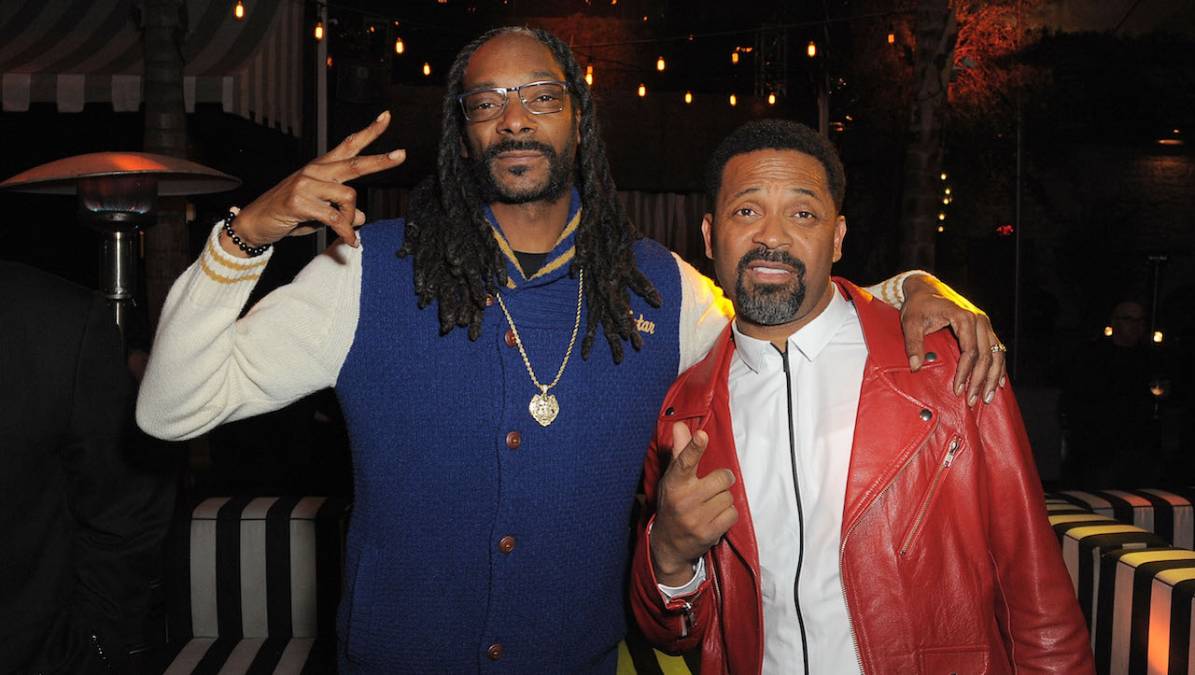 The West Coast legend dropped some bars while in between takes.

Snoop Dogg dropped a few bars with Mike Epps while on the set of their new movie, and they were quite impressive.

The pair were sitting in a car in between takes of their latest film together, and Snoop was dropping quippy bars while Epps handled the beat by drumming on the dashboard.

Snoop can be seen in the video so deep in his element he doesn’t even realize someone’s filming the whole exchange. “My bad,” he said when he realizes. “Yeah, we on.”

“This is what happens in between shots of a movie with Big @snoopdogg,” Epps wrote on Instagram. “#underdogs me on the beat pump pump.”

It’s unclear what the new movie is, but Mike and Snoop have a long history of making films together. The duo most recently joined forces on The House Next Door: Meet The Blacks 2 last June alongside Katt Williams and Lil Duval.

Snoop has been hard at work on honing his acting chops. He recently starred in the Netflix Vampire thriller Day Shift with Jamie Foxx, who stars as a hard-working, blue-collar dad that splits his time between cleaning swimming pools and hunting vampires. Snoop stars as his partner Big John Elliott.

The two co-stars appeared together on the red carpet premiere of the film back in August, and Snoop took a moment to honor Jamie with a Death Row chain.

“Yeah, I got something for the Foxx man you know for looking out for me, for speaking up for me, for putting me in this motion picture,” Snoop told Entertainment Tonight. “I wanted to gift him with something special.”