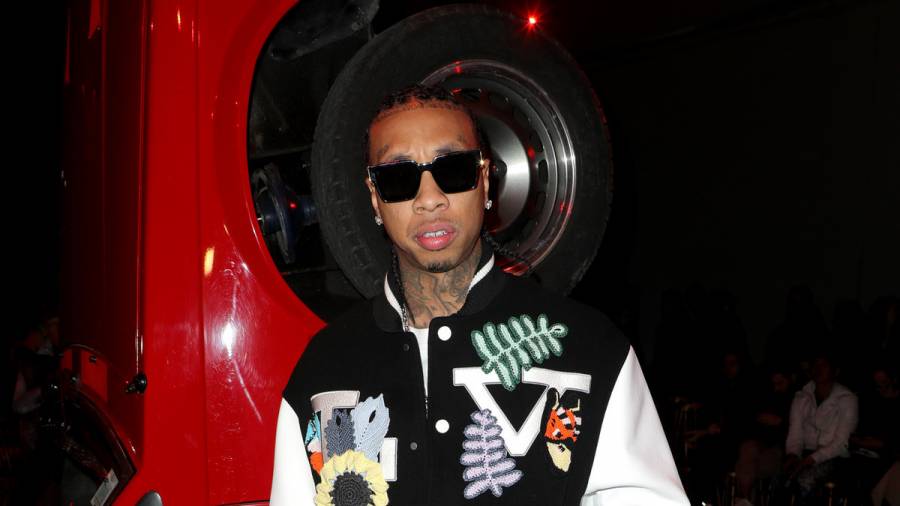 "They said I can't pay my rent. Guess I'll just sleep outside."

Tyga has a long, long history of being sued and now, TMZ reports the mayor of Rack City has just — yep — racked up another lawsuit. According to T-RAWW’s former landlord, the 30-year-old artist failed to pay rent and caused $200,000 worth of damage to the Los Angeles property.

Consequently, the landlord is suing him for an outstanding rent balance of $32,000 as well $26,650 for leaving gouges in the kitchen’s white oak flooring, $15,575 for damaging the marble flooring and counters and a whopping $103,160.25 for ruining the walls with murals and wallpaper..centered-ad {

The landlord also claims his former tenant installed a basketball hoop that caused damage to the driveway and new locks that wrecked the entry door — without permission to install them in the first place.

Tyga apparently doesn’t have a care in the world though. On Thursday (November 12), he responded to the lawsuit with a Twitter post. In the clip, he’s laying outside in the sun and surrounded by several bikini-clad women.

“They said I can’t pay my rent,” he wrote in the caption. “Guess I’ll just sleep outside.”

They said I can’t pay my rent…Guess I’ll just sleep outside 🚶🏾‍♂️…🏡 pic.twitter.com/qd4VRRK9Um